Last Saturday right before the Indonesia National Heroes Day, I visited the Monumen Pancasila Sakti or Lubang Buaya for the very first time. Monumen Pancasila Sakti which I visited with a friend is located in East Jakarta. The Monument became the living evidence for what had happened in September 1965 when seven high-ranking Indonesian military personnel were brutally tortured by PKI. This Monumen is a must visit place for all Indonesian or anyone who are interested in the bloody incident of G30S/PKI (30th September movement of Indonesia Communist Party). 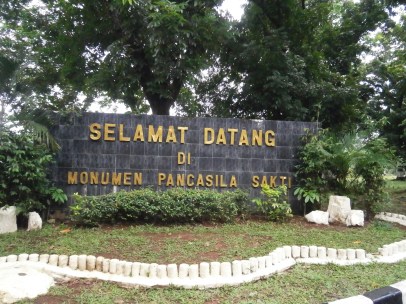 Above (left) is Ade Irma Suryani. She was only 5yr old little girl when she was shot. And the right picture is her drawing. It’s a duck. Isn’t it cute? 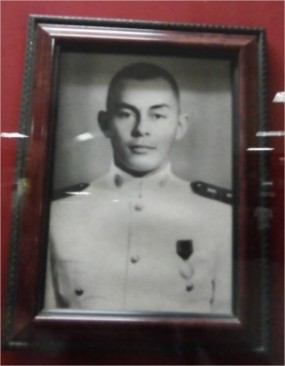 Do you see that handsome young army above? He is Lieutenant Pierre Tendean. He was 26 when he was tortured to death. That meant something to me. You know, I am now around his age now. What have you done when you were around that age? Is there something to be proud of? [Of course we don’t need to be in a combat zone with gunfire]. Ah, anyway, he is my role model. He must be 74 year old now.But, he will always be 26. Hm, that’s funny.

The Monumen comprises of two areas. The main building was the Museum of the PKI rebellion and the other area was around the death well (Lubang Buaya).

1. The Museum of the PKI Rebellion

The Museum of the PKI Rebellion was a two story building packed with diorama of the history of PKI rebellion. Beside the Museum of the PKI Rebellion there was Museum Paseba showed the lifting bodies of the four Indonesian army personnel and the diorama of the murdered of the seven revolutionary heroes including their clothes full of blood were also shown. 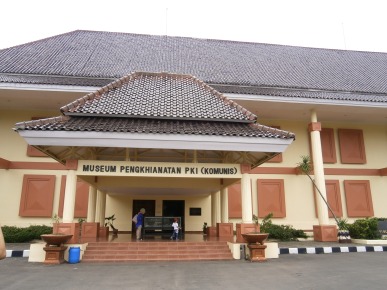 In this area there were 4 (four) places to see which are the torturing verandah, the death well, the seven statues of revolutionary heroes, the command post, and the public kitchen. However, there were two objects that captured my attention the most, which were the Torturing Verandah and the Death Well (Lubang Buaya).

The verandah was used by the PKI to torture the four of seven Indonesian military personnel: Major General S. Parman, Major General Suprapto, Brigadier General Sutoyo and First Lieutenant Pierre Tendean before they were murdered and thrown into waterless well. 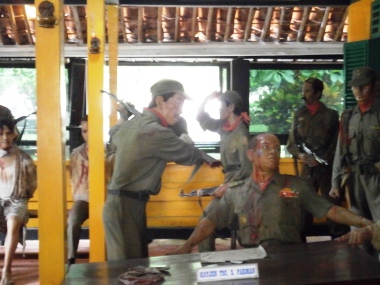 The death well was located beside the torturing verandah. It was an old well of 0.75 meter in diameter and 12 meters deep. This was the location where the bodies of the four plus the three military personnel that were killed at their house were deposited and sprayed with gunfire to make sure they were dead. 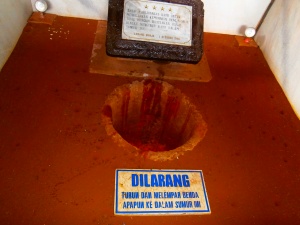 – The Seven Statues of the Revolutionary Heroes

These seven statues stand in front of the statue of Garuda. 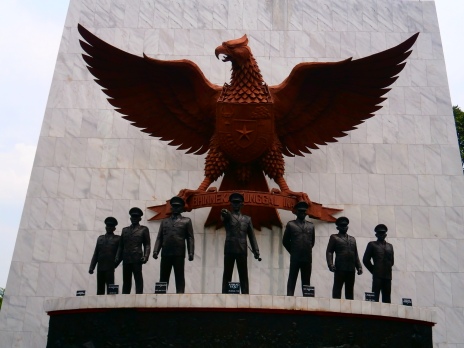 This old house was used as a command post by the PKI to kidnap the revolutionary heroes. As I entered this room, it was a little bit spooky by its old furniture. This house reminds me of my grandfather’s house. There were old bed, cupboard, sewing machine, buffet, lantern to see in this place. 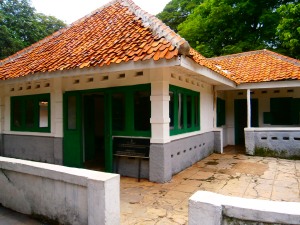 This old house was used as a public kitchen by the PKI rebels. This old house became the silent witness of what had happened in that area. 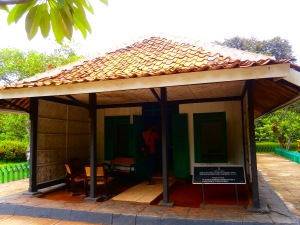 How to get there?

– Alight at Pinang Ranti station. Cross to the opposite direction and take Angkot (mini van) number 40 or number 04 towards Monumen Pancasila. Just tell the driver to drop you off in front of the Monument Pancasila front gate.

How much should you bring? 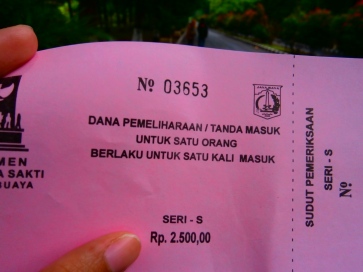